“Freedom is never more than one generation away from extinction. We didn't pass it to our children in the bloodstream. It must be fought for, protected, and handed on for them to do the same, or one day we will spend our sunset years telling our children and our children's children what it was once like in the United States where men were free.”
― Ronald Reagan 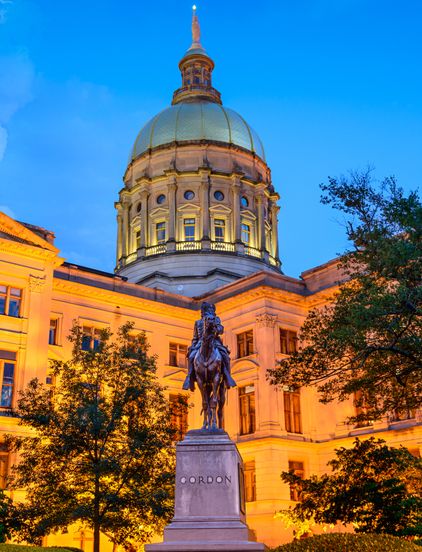 US House Representitive for the 11th District of GA

Before being elected to Congress in 2014, he was a small business owner for over 20 years. He also served in the Georgia State legislature for nine years.

A Georgia native, Congressman Loudermilk holds an Associate Degree in Telecommunications Technology, and a Bachelor of Science in Occupational Education and Information Systems Technology. And he proudly served in the U.S. Air Force for eight years in the intelligence and technology fields.

He is the former owner of an information technology services business, and is an author, historian, and motivational speaker.

He and his wife Desiree have been married since 1983. They reside in northwest Georgia and have three grown children and four grandchildren.

The MidTerm Elections are quickly appraching. For a list of events from our county GOPs, allied organizations, candidates, and GOTV efforts, please visit the Elections 2022 page.